Moving toward a better world 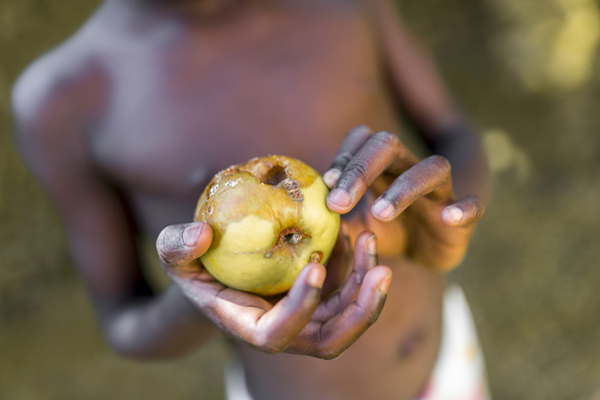 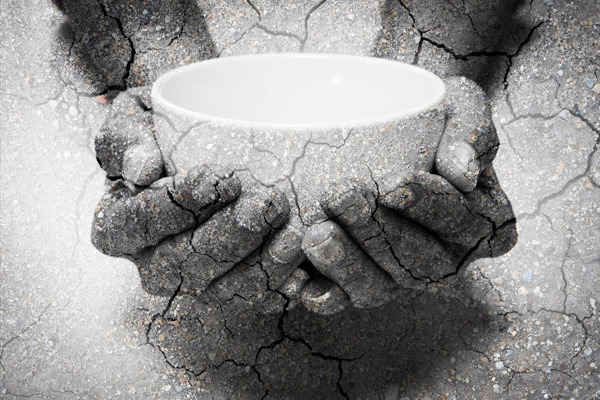 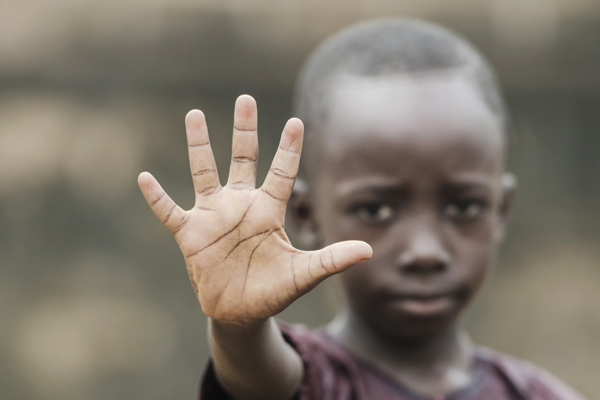 WORLD DREAM FOUNDATION is committed to alleviating global poverty by improving the health care, education and human rights of the world's most vulnerable countries.

WDF believes that our world is a better place when compassion can travel where it is needed most. We are a needs-driven organization with a primary focus on targeting the poorest and most disadvantaged populations throughout the world. By working in partnership with the underprivileged people in these countries, we’re directly enabling them to improve their lives, empower their communities, and strengthen their education and health systems.

Our goal is to help people fight for their basic human rights and strive for equality. Our mission is to connect poverty-stricken people to better lives and to make this world a better place for ourselves and our future generations.

Our Work around the Globe 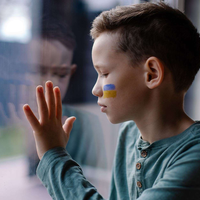 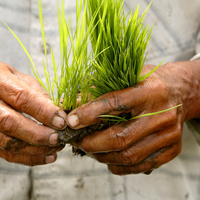 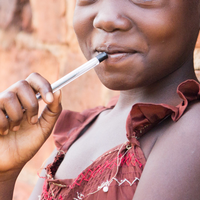 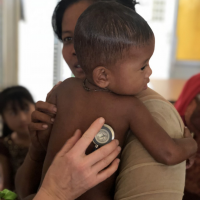 We aim to help Ukrainian children who struggle because of the Russia-Ukraine war to get a quality education. We have launched a program to rebuild schools in Ukraine that were damaged or completely destroyed during attacks by russian missiles and bombs. Click on icon to read more...

The main purpose of the Organic Farm project in the East of Bali is to reduce poverty by helping one of the most rural and abandoned villages to grow and sell high quality produces. We provide to the families all necessary education, skills training and improvement to grow their incomes while also protecting their local environment for generations to come. While adults are working on the farm, we want to ensure that every child is prepared to learn and succeed in the classroom by providing school supplies. Click on icon to read more...

Our main goal is to strengthen education systems in Kenya to dramatically increase the number of children who are in school and learning. From our very first trip, we are providing a sustainable help to kids whose families just can’t afford the required studying materials and school uniforms, as well as deworming medication and the most important for learning process vitamins. We partner with local communities to finance a new school construction in Mukuru in the East of Nairobi. Click on icon to read more...

Our mission is to support quality, sustainable medical care in Cambodia. Our focus is to improve the most rural clinics outside of Siem Reap, Cambodia. We provide essential clinic supplies and education on their use; a model community clinic program to educate and provide de-worming meds and vitamins. All our protocols use World Health Organization (WHO) standards, and are thus part of a global standard of health care. Click on icon to read more... 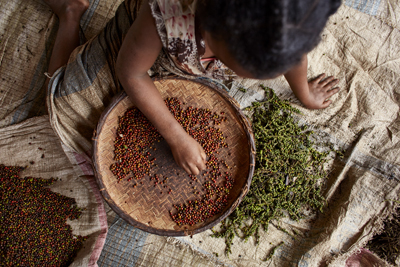 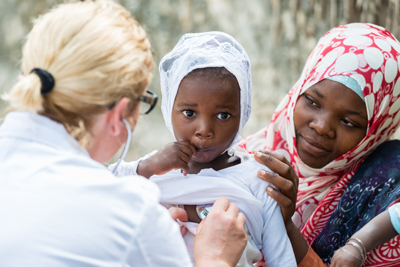 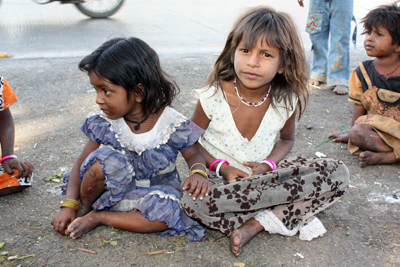 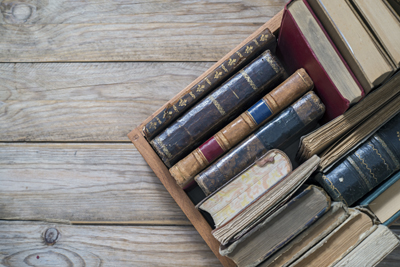 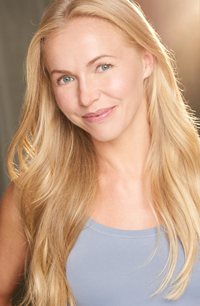 A prolific entrepreneur, advocate, traveler and philanthropist, Julia Folk has dedicated herself to improving the lives of the world’s most vulnerable people after seeing their plight firsthand. Under Ms. Folk’s leadership, WDF has expanded its programing in health, education, and human rights from Cambodia to other parts of Asia, Africa, Ukraine and even the U.S.

Ms. Folk is driven by the belief that a simple act of courage, compassion and love can change the world. At WDF, she leads a team of committed change-makers that is working to ease poverty, suffering and injustice, and empower the most disadvantaged populations, one community at a time. Originally from Ukraine, she got her first job as a kindergarten teacher when she was 18, and has been committed to building a better world for future generations ever since. In 2009, Ms. Folk moved to the U.S. on her own, where she set out to connect people to better lives.

Julia Folk is a founder and CEO of Breezzo LLC, an innovative functional beverage company, that aids in health-focused wholesomeness and does good for the world. She completed her B.A. in Philology, speaks six languages, has a special interest in neuroscience and currently lives in the Greater Los Angeles Area. 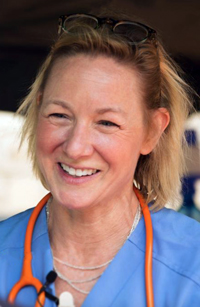 Dr. Messer has always known that she didn't become a doctor to work in a medical office. She was Board Certified in Family Medicine in 1993, and for many years has balanced a busy family life with her medical career and a wide range of volunteer medical work.

In 2005, she was the head volunteer physician in the Austin relief effort for Katrina, and that amazing experience inspired her passion for medical relief work. Since then, Dr. Messer and her Non Profit organization "One Good Turn" has traveled worldwide to provide medical care for people who live under challenging circumstances. In 2018, as a result of her work with the University of Puthisastra (UP), a medical school in Phnom Penh, Cambodia, Dr. Messer was made a Fulbright Specialist by the United States Department of State.

Learning how to actually do good “charity work” while practicing the most effective medicine in difficult settings has been a fascinating intellectual and ethical exploration for her. A lifelong student, Dr. Messer strives for excellence in all her encounters, and welcomes the involvement and expertise of others. 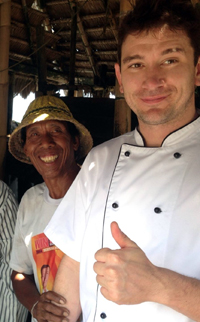 Through the medium of food and the culinary arts, Shane Lewis is on a mission to improve the lives of local communities around the world. His professional career as a chef has taken him to the far corners of the globe and instilled in him a deep appreciation for different cultures. Mr. Lewis is Regional Executive Chef at Aman resorts in Indonesia and oversees charity projects in Southeast Asia which emphasize sustainability and education for organic growing methods. His involvement has extended to other aid projects around Indonesia in support of critical shelters and services during the most recent natural disasters in the area.

Mr. Lewis is committed to bringing his experiences of working with organic produce and farming to benefit locals. He received his culinary training in Melbourne, Australia and apprenticed at a Michelin Stars establishment. In the early 2000’s he moved to London to pursue larger opportunities and was offered a Sous Chef position at The Royal Albert Hall London. Through his work he has been fortunate to experience the cultures throughout Europe, the United States, Caribbean, Mexico, and various countries throughout South America. Mr. Lewis also credits these adventures to opening his eyes to the needs of the underprivileged. He is passionate about using his knowledge and skills to help make change.

Raised in Kisii, Kenya as one of nine children, Bogonko Ongera knows first-hand the unique challenges faced by children growing-up in the poorest areas of Africa. In 2008, while in high school, after post-election violence killed more than 1100 people and displaced over 600,000 people in Kenya, Mr. Ongera volunteered to donate blood at a local Red Cross blood drive. Serving his country and helping to save lives kindled in him a great love and passion for charity work. After graduating high school in 2010 and unable to afford a college education, Mr. Ongera moved to Nairobi where he found work at a pharmaceutical company. But staying true to his calling meant more to him that holding on to a well-paying job. In January 2012 Mr. Ongera founded Jambo Charity Organization with the main goal to inspire, equip, and empower impoverished children and families to find a way out of poverty.

Mr. Ongera believes that every child, regardless of where he or she is born, should have access to a quality education. His desire to serve the most-needy children has lead him to focus his efforts on the children of Nairobi’s Mukuru slum. Since 2012, Mr. Ongera has been a beacon of hope for the kids and families in the area. Through his organization, he has provided thousands of students with uniforms, books, school supplies, vitamins and solar reading lamps. Mr. Ongera's mission in life is to establish safe, clean, productive schools for kids from vulnerable communities.